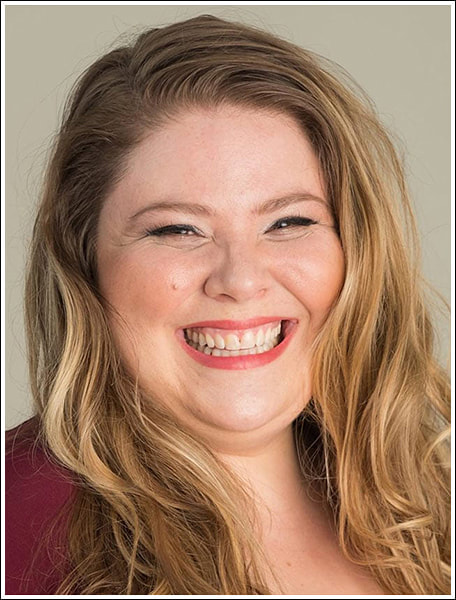 Violist Meredith Crawford, a Maine native, studied under the tutelage of Professor Peter Slowik at Oberlin College and Conservatory. She graduated in 2009 after completing Oberlin’s double-degree program with both a B.M. in Viola Performance and a B.A. in English Literature. After being inducted into the Pi Kappa Lambda honor society, she received the prestigious Prize for Musicianship, awarded to students judged to be “the most outstanding of those elected to Pi Kappa Lambda.”  Crawford was the first-prize winner of the Ohio Viola Society’s annual competition in 2007, the 2009 Skokie Valley Symphony Annual Young Artist Competition and the 2009-10 Oberlin Conservatory Competition—the first win for a violist in over a decade.
​
At the age of 22—before the completion of her senior year at Oberlin Conservatory—she won her first orchestral audition and a seat with Pacific Symphony. In September 2012, she was awarded the position of assistant principal viola and five years later, she won her current position with the orchestra as principal viola. Additionally, she has been performing with the Los Angeles Philharmonic since April 2010, and more recently with the Riverside Philharmonic (as principal viola), the Los Angeles Chamber Orchestra and Irvine’s Mozart Classical Orchestra. Crawford is also an active chamber musician, performing frequently with the L.A.-based Salastina Music Society, the Historic Portsmouth Chamber Music Series in Portsmouth, New Hampshire and the High Desert Chamber Music series in Bend, Ore. Crawford is also on the faculty of the Eastern Music Festival in North Carolina, where she is assistant principal viola of the faculty orchestra under the baton of Gerard Schwarz. She currently resides in beautiful Belmont Shore (where her neighbors include Pacific Symphony’s principal flutist Benjamin Smolen and principal oboist Jessica Pearlman) with her two cats, Twinkie and Rahula.