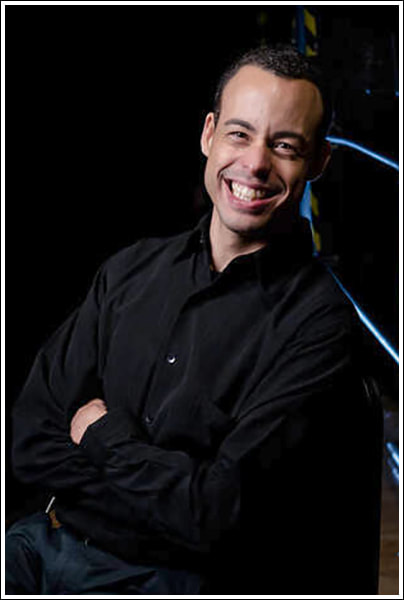 Since coming to Rochester in 1997 to begin his studies as an organ performance major with David Higgs at the Eastman School of Music, Lee Wright has become well-established in Rochester's musical life. As an organist and church musician, he has served Christ Church, Rochester, Salem United Church of Christ, Twelve Corners Presbyterian Church (Brighton), and Downtown United Presbyterian Church (Rochester), where he has led the music ministry for the past 11 years. As a choral conductor, Lee wasted no time in getting involved with the Rochester choral scene.

As a freshman in college, Lee was instrumental in organizing the first annual Eastman Rochester Messiah-Sing. During his tenure at Twelve Corners Presbyterian Church, he developed a community arts series called Arts Alive. This program not only drew artists and audiences from around the greater Rochester area for performances, but also inspired a summer day camp by the same name for elementary age children. This hugely successful camp celebrated it's tenth season last year. As part of the Arts Alive Series, Lee established the Twelve Corners Community Chamber Singers and organized a community-wide celebration of Mozart's sacred choral music entitled, "Holy Mozart!" This event drew musicians from the Eastman School and the surrounding community into a very meaningful collaboration.

Since then, Lee's passion has been sharing music with people from diverse backgrounds in a variety of venues. During his early years at Downtown Presbyterian, he continued to bring the Rochester choral community together in several meaningful collaborations including community-wide performances of the Fauré and Duruflé Requiems with orchestra. Later, Lee conducted the Rochester Gay Men's Chorus and the noted chamber choir, Madrigalia.

In 2011, he completed a masters degree in choral conducting at Ithaca college, where he studied with Larry Doebler, Jeff Meyer, and Brian DeMaris. In 2012, Lee turned his focus to doctoral studies in choral conducting with William Weinert at the Eastman School of Music, where he has conducted may of the schools choirs in performance. His doctoral research project focuses on the development of the concert spiritual in the late 19th century, immediately following the Civil War. Lee specifically looks to the Hampton Institute choir and Fisk University Jubilee Singers for clues about the development of a canon in the African-American concert spiritual repertoire and discusses the social implications of the groundbreaking work by these ensembles.

​In 2013, Lee was invited to conduct the Monroe All-County Mixed High School Choir in a concert at Kodak Hall of the Eastman School of Music. Later in the year, he conducted the Eastman Rochester Chorus and the Eastman School Symphony Orchestra in a performance of Brahms' Alto Rhapsody and Dvorak's Te Deum, also in Kodak Hall. In 2013-14, he conducted the New Horizons Orchestra of the Eastman Community Music School in a well-received season. Now very close to finishing his doctoral degree at Eastman, Lee is excited about the possibilities for community building and deepening collaborative connections with First Inversion.

Driven by Lee's deep commitment to community, First Inversion brings together both professional and avocational singers from Eastman and Greater Rochester with the goal of true personal and musical growth through a focus on fearless and selfless musical expression. When singers truly open to each other and their audience with vulnerability and mutual respect, the music is able to transcend social and economic divides, opening a space for honest communication and lasting connection.
​
When not studying or rehearsing, Lee enjoys exploring Rochester's incredible park system with his two dogs, Mikey and Jasper. He is also an avid knitter and enjoys wheel pottery and paper crafting. Lee makes his home in Rochester's historic Maplewood neighborhood next door to the city's nationally accredited rose garden.