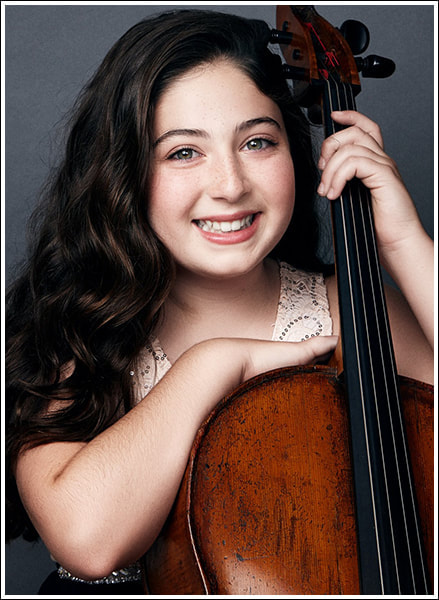 This summer will mark Katina Pantazopoulos’ return to Canandaigua, where she made her professional debut in July 2018, at age 11, in the Vivaldi Concerto for Two Cellos. First Prize winner of the Elite International Music Competition in 2019, she will make a return to Carnegie Hall in the Shostakovich Sonata for Cello and Piano in D Minor. Winner of the Warminster Symphony Competition in the Children’s Division, Katina performed with them as a featured artist in 2018.  Katina received the Grand Prix in the 2018 international Concert Festival Competition and performed to acclaim at Carnegie Hall. She also appeared as a student cellist on the acclaimed Amazon Prime TV series, Mozart in the Jungle.

Katina loves traveling the world with her parents and decorating cupcakes at her dad’s business, Tiffany’s Bakery, in Philadelphia. Cupcakes and cello are just two of her many her creative passions, and both let her connect with people, which is her greatest joy.
​
Katina is a student of Amy Sue Barston and gratefully acknowledges her unparalleled teaching and embodiment of musical excellence.