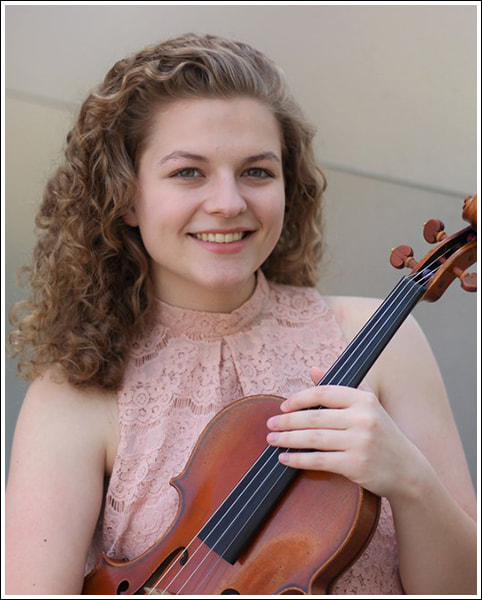 Johanna Nowik received her Bachelor’s of Music in Viola Performance from the Colburn Conservatory of Music in 2019 and a Performance Studies Certificate in 2020 as a student of Paul Coletti.

In 2018 Ms. Nowik was a quarter-finalist in the Primrose International Viola Competition, and in 2017 she was awarded first place in the strings division at the Pasadena Showcase House Instrumental Competition. As founding violist of the Viano String Quartet, she was a bronze medalist in the 2017 Osaka International Chamber Music Competition. She has shared the concert stage with artists such as Orion Weiss, Noah Bendix-Balgley and Robert Chen. Ms. Nowik has been featured as a guest chamber artist throughout Los Angeles, including Le Salon de Musiques, Los Angeles Chamber Orchestra’s “In Focus” series and the New Hollywood String Quartet’s “Summer of Brahms Chamber Music Festival,” in which she was praised by the Los Angeles Times as a young artist “ready to make her mark.”
​
In addition to solo and chamber experience, Johanna Nowik studied orchestral repertoire with Ben Ullery at the Colburn School and was a finalist in the Los Angeles Chamber Orchestra Principal Viola audition in December of 2018. Ms. Nowik has served as principal violist of the Colburn Orchestra, the Spoleto Festival USA Orchestra, The American Youth Symphony and the Tanglewood Music Center, where she was a fellow for three years. She has performed as a substitute musician with both the Los Angeles Chamber Orchestra and the Los Angeles Philharmonic.