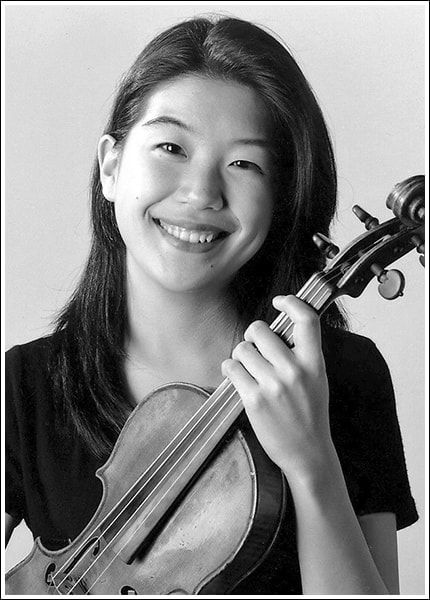 Beverly Shin made her solo debut with the Houston Symphony at age 17. As a chamber musician, she has performed at Bargemusic, the Isabella Stewart Gardner Museum, the Cape Cod Chamber Music Festival, the Banff Centre for the Arts, and at festivals in Brazil, Taiwan, and Newfoundland.  She has performed with members of the Vermeer, Guarneri, Lark, Kronos, and Borromeo quartets, and has appeared as a guest member of the Avalon Quartet.  She has been a member of the IRIS Orchestra in Memphis, TN and has performed frequently with the Chamber Orchestra of Philadelphia, the East Coast Chamber Orchestra, A Far Cry, and the River Oaks Chamber Orchestra in Houston, TX.  A dedicated advocate for new music, she recently performed at National Sawdust in Brooklyn, NY and has appeared regularly with Boston Musica Viva, the Harvard Group for New Music, Boston's Callithumpian Consort, the Penn Composers' Guild, and Chamber Music NOW.  She has recorded several new works for New Focus Recordings.

Beverly has been Assistant Professor of Violin at the University of Memphis, adjunct faculty at the University of Pennsylvania and Temple University, and Donald Weilerstein's teaching assistant at the Cleveland Institute of Music.  She was also one of the first musicians to receive an Albert Schweitzer Fellowship, for which she created interactive music programs in under-served elementary schools in Boston.

She holds a Doctor of Musical Arts from the New England Conservatory as well as a Doctor of Medicine from Jefferson Medical College.  She is currently a resident physician in the Department of Psychiatry at New York Presbyterian Hospital Weill Cornell Medicine in New York City.